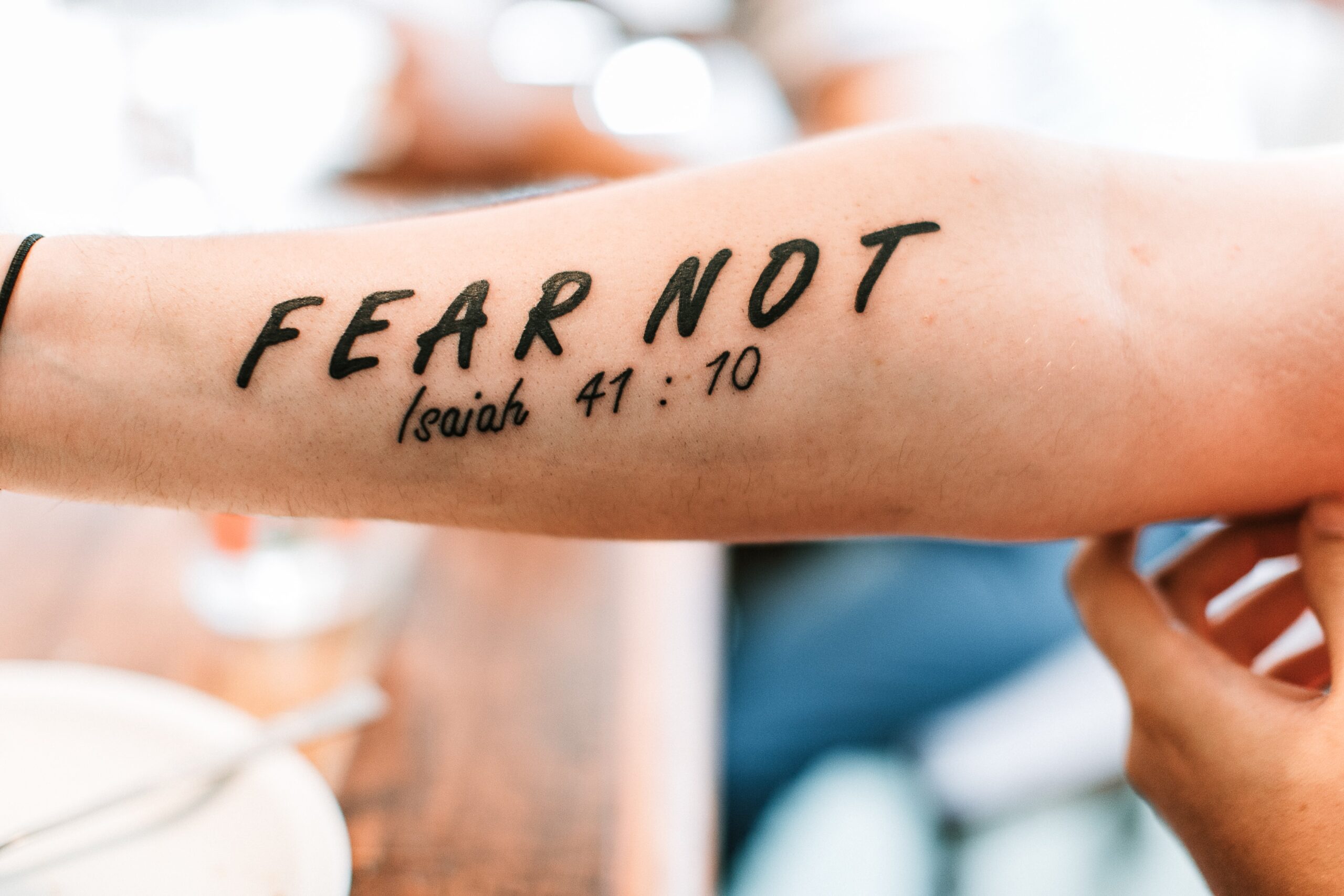 I find it interesting that in Isaiah 41:10 God tells us not to fear as if we have control. How exactly do we “fear not”? This is definitely a scripture that belongs in the “Easier said than done” category. How are we supposed to control fear and anxiety, especially when facing legitimate danger? God designed emotions to enhance our lives; not to guide us. Feelings can be easily exacerbated and deceptively exaggerated. This is why they shouldn’t be allowed to lead us. That concept is also much easier said than done, but it’s possible with God’s help.

“God designed emotions to enhance our lives; not to guide us.”

Years ago, my cousin Mark and Aunts Rose and Betty became trapped on a cruise ship in a terrible storm. At first, it was fun for us two teenagers. Mark and I were on the bow, relishing in the sprays of ocean water as the gigantic ship as it plowed into the powerful waves. At one point, we looked around and noticed that the sky had grown black, the waves turned angry, and a sense of danger was thick in the air. What had become a faint voice on the loudspeaker told everyone to clear the decks and get inside. The crew personally rounded up those who lingered outside. My aunts found us and joined them in the lounge area, hoping the storm would pass.

The situation grew increasingly worse. The crew corraled and assisted us all into the narrow hallways outside of the lounge. They instructed us to sit on the floor with our backs along the wall; we were shoulder to shoulder. We heard the engines straining, they stopped and things got grave. With each wave swell, the lounge furniture scraped across the floor, smashing against the wall behind our backs. When we crested the first monster wave, the heavy piano seemed to break free and barrelled through the room, crushing the furniture against the wall. The process repeated as the ship helplessly tilted from side to side. The chaos was further punctuated by the shattering sounds of dishware and glasses. It seemed like everyone was drying their sweat and trying to catch their breath. Fear was everywhere.

They announced that a man went overboard, and they were required to drop anchor to wait for the Coast Guard’s arrival before we could leave. Once we stopped moving forward, we were at the utter mercy of the storm. The crew joined us on the floor as the ship turned to the side, and waves began to hit the broadest part of the boat. The massive cruise liner felt like a tiny toy helpless in the monstrous ebbs and flows of the sea. At times it felt like we were at a 45-degree angle teetering on the edge of tipping all the way over. At a point, I thought that we might not make it out alive. I saw people panicking, and it wasn’t doing anyone any good. It would have been easy to step into a full-blown panic if I rode that emotional wave of fear. I told myself to keep calm, and I said a prayer even though I wasn’t a praying woman at the time.

The stale, hot air in that unvented hallway turned putrid as nearly everyone had to use the barf-bags. An older lady had heart trouble. A brave crew member went to get her nitroglycerine and oxygen tank and began to administer first-aid. The fear was more suffocating than the stale, humid air. The Coast Guard finally arrived, and we were able to get moving again. Once we were headed forward, the sickening tossing stopped. It wasn’t long before we were plowing through the waves and could vacate the hallway and get on with the fun. Although it was still very choppy, we were no longer at the mercy of the imposing waves.

“I learned that courage was not the absence of fear, but the triumph over it. The brave man is not he who does not feel afraid, but he who conquers that fear.”

The Do’s and the Don’ts

Life brings storms that we aren’t prepared to face. When we feel waves of emotion tossing us, and causing panic, we can do something. God gives us the power of wisdom in his word as we see the “do’s and “do not’s.” Isaiah 41:10 implies that a decision of fear lies within us. In Hebrew, the word “not” doesn’t deny the fact of fear at all. It speaks of prohibiting fear’s continued working power. God tells us why we don’t have to fear, “For I am with you.” It continues with “Do not be dismayed” In the Hebrew, this means, “Do not anxiously look around you.” Then what can we look at, “For I am your God.” To fight fear, we must recognize it and choose to replace it with the knowledge and assurance he is with us, strengthening us, and working on our behalf.

When our ship dropped anchor, we were dangerously tossed around by the ocean. When the engines turned on and we drove through the sea, we eventually moved out of the storm. The act of continuing to move forward prevents us from being helpless against the waves of fear and panic. Sometimes, when fear grips us, we need a little medicine and oxygen. We need friends to help us, and scriptures to strengthen us. To “Fear not,” we must actively turn from the fear and remember that he is our God, and he will help us. When we do this, it won’t take long before we’re cutting through the waves of life; headed towards sunny days and calm seas. When we face our storms, let’s look to God and what he is to and for us. Let us purpose not be tossed by life’s fears. God is with us. “God is in the midst of her; she will not be moved.”

2 thoughts on “Fear Is A Four Letter Word…”