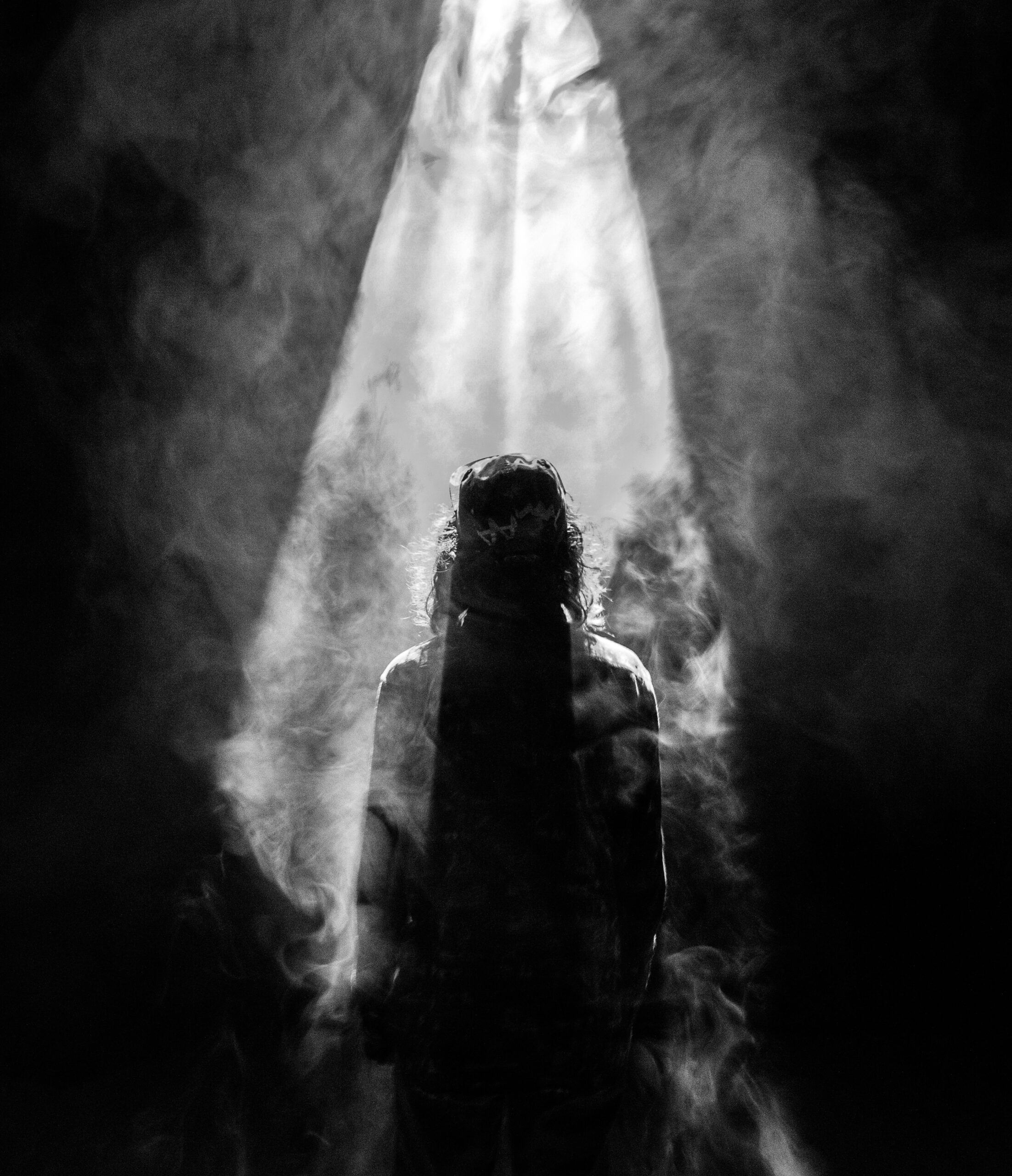 They awoke over 2000 years ago, not knowing what this day would hold. Jesus’ followers would watch helplessly as their leader was falsely accused, tried, tortured, and crucified. Then came utter silence from God. It all happened so quickly. Wasn’t he the Messiah, the Son Of God? They went into hiding, fearing for their own lives now. It was likely that they filled the empty silence with their fears. Would it have been different if they reminded themselves and one another of Jesus’ promises to return? Jesus previously told the disciples that he would die and rise after three days. He shared a series of warnings, hints, prophesies, (which Jesus consistently fulfilled in front of them) that the crucifixion would take place. Below are a few of the most recent before and on “Good” Friday.

28 But after I have risen, I will go ahead of you into Galilee.”

15 And he said to them, “I have eagerly desired to eat this Passover with you before I suffer. 16 For I tell you, I will not eat it again until it finds fulfillment in the kingdom of God.”

Communion was a symbol of his upcoming crucifixion.

20 In the same way, after the supper he took the cup, saying, “This cup is the new covenant in my blood, which is poured out for you.[a]

THE FAITH OF THE PHARISEES AND PILOT

I find it interesting that even the chief priests, Pharisees, and Pilate, had more faith in Jesus’ resurrection than did the disciples. They had so much “faith” that they and Pilate ordered a gigantic stone placed in front of, and a guard placed outside the tomb. Why did Jesus’ enemies do more to prepare for the resurrection than did his followers? The disciples were the ones he had been mentoring, teaching, and preparing for this very moment. These people saw many more miracles than Jesus’ enemies ever did. They also had more at stake. Both groups were thinking about and fearing the worst.

62 The next day, that is, after the day of Preparation, the chief priests and the Pharisees gathered before Pilate 63 and said, “Sir, we remember how that impostor said, while he was still alive, ‘After three days I will rise.’ 64 Therefore order the tomb to be made secure until the third day, lest his disciples go and steal him away and tell the people, ‘He has risen from the dead,’ and the last fraud will be worse than the first.” 65 Pilate said to them, “You have a guard[a] of soldiers. Go, make it as secure as you can.” 66 So they went and made the tomb secure by sealing the stone and setting a guard.

Why and how can some have faith and others struggle? What is God’s response? Why was it easier for the enemies to believe in the resurrection than the disciples? I think that we find the answer in their fear, not their faith. The enemies of Christ feared that Jesus and his followers would prove them wrong. We read that they made a lot of decisions to avoid riots from a easily swayed volatile crowd. Perhaps they wondered if they did kill the Son of God. That would be unthinkable. The disciples dealt with high stakes; if they were wrong about Jesus, they threw their lives away following him and would soon be on the run. They were confused, in their minds the Messiah was supposed to bring peace, yet he brought war on himself and now on them

Like us when they faced tragedy they probably asked themselves many questions. Did Jesus bring them all this way to drop them off and leave the face of the earth? The Israelites had the same problem for Moses as they stood trapped between the desert and the Red Sea. They cried to Moses, ‘it would have been better for us to stay than to die in the wilderness. Why is it so much easier to doubt? I wonder if some of the followers of Jesus were thinking it would have been better had they not followed him at all. Let’s not be too hard on them; we’ve all experienced those doubts. We’ve all been in those impossible positions. We are wise to prepare for the worst, but we make ourselves weak if we abandon the reason for our hope. We then position ourselves to give more credence to our fear than to the promises. If the disciples had only remembered that Jesus allowed himself to be arrested. If they remembered what he said when he healed the soldier’s ear that Peter cut off. It would have helped their faith and given them hope.

10 Then Simon Peter, who had a sword, drew it and struck the high priest’s servant, cutting off his right ear. (The servant’s name was Malchus.)
11 Jesus commanded Peter, “Put your sword away! Shall I not drink the cup the Father has given me?”
12 Then the detachment of soldiers with its commander and the Jewish officials arrested Jesus.

How easy it is to be the armchair quarterback and judge from a distance? From our hindsight perspective, we can feel a little better than we are as we condemn the disciples. After all, like the followers of Moses trapped between the Red Sea and their enemies. The followers of Jesus were also scared to have faith as they faced the impossibilities. How different would these stories go if they would have encouraged one another of God’s goodness, his power, the great miracles he did in front of them? What could they have done differently? When we answer that question, we can help ourselves during our times where everything seems hopeless, and we feel trapped.

WHAT NOT TO IGNORE

Why weren’t the followers able to trust God through their fear? They were behind locked doors; they were quiet and vigilant. They may have been very busy devising a plan of escape, possibly procuring weapons or just licking the wounds of their shock. Those are essential steps, but His disciples appeared to have ignored the spiritual dimension. The promises and words Jesus spoke to them pointed to hope; to His resurrection. The spiritual dimension is where the power lies. They just saw Him crucified, and it stirred up their fears. That’s precisely when and why they should have stirred up their faith. Trusting what we can not see is faith. It was the reason they followed him, and it needed to be the reason they stuck to their faith.

17 So then faith comes by hearing, and hearing by the word of God.

9 For God did not appoint us to suffer wrath but to receive salvation through our Lord Jesus Christ. 10 He died for us so that, whether we are awake or asleep, we may live together with him. 11 Therefore encourage one another and build each other up, just as in fact you are doing.

SHOW ME YOUR FRIENDS

Groupthink is incredibly powerful and makes people fickle. The ones who were waiving palms and praising Jesus on Palm Sunday were the same ones shouting, “Crucify Him” on Friday. I think of a quote, “Show me your friends, and I will show you your future.” When we are fearful, in desperate need of a change, or a miracle, we the stakes are high. We can’t mess around group think or with people who feed our fears and doubts. We already have enough coming against us; we need to protect ourselves. It’s paramount to limit time with thoughts and people who make our doubts bigger than our faith. We need to find and hold tight to those friends and thoughts that encourage us spiritually. We can talk about our doubts, we can be honest, but they can’t be allowed to discourage us

“Show me your friends, and I’ll show you your future.”

18 …be filled with the Spirit, 19 addressing one another in psalms and hymns and spiritual songs, singing and making melody to the Lord with your heart,

Today, we celebrated the resurrection, or did we? It’s easy to be busy with our plans and preparations and ignore the spiritual aspect of it all. Right now, we have a specific fear we battle; the Coronafear might be the one. I wear my mask and gloves when I go in public. We, however, must think for ourselves when everyone is echoing the voices of fear in the prevailing wind. If we want our faith to be strong, we cannot ignore the spiritual aspect of the day that Jesus rose from the dead. In His death and resurrection, He paved the way for God to forgive our sins. He took our punishment on Himself. That and His resurrection became the real stairway to heaven.

9 For God did not appoint us to suffer wrath but to receive salvation through our Lord Jesus Christ. 10 He died for us so that, whether we are awake or asleep, we may live together with him. 11 Therefore encourage one another and build each other up, just as in fact you are doing.

We all face adversity and our respective Red Seas with no way out. When our hopes have been crucified and crushed, how can we still have confidence in God? We remind ourselves of His promises, we read and encourage ourselves with the scriptures, we pray and lift our worries to Him, and we surround ourselves with people who do the same. Jesus’ resurrection raised the faith of his disciples even more because he filled the depths of their doubts with His miracle. They learned by their failure to trust in God. It’s the spiritual dimension that gives us the power to keep moving forward in adversity. Today, let’s let the resurrection give us hope to face future trouble. After all, he said that he would never leave us or forsake us. I want to close this with two comforting quotes.

“…For He Himself has said, ‘I will never leave you nor forsake you.'”

“…And surely I am with you always, to the very end of the age.”

Be encouraged that he is here with us. He died that we might be saved. If we can’t see the end, let us not try to imagine if for the worst. Let’s prepare for anything but imagine the end with the eyes of faith that come from hearing the word of God.