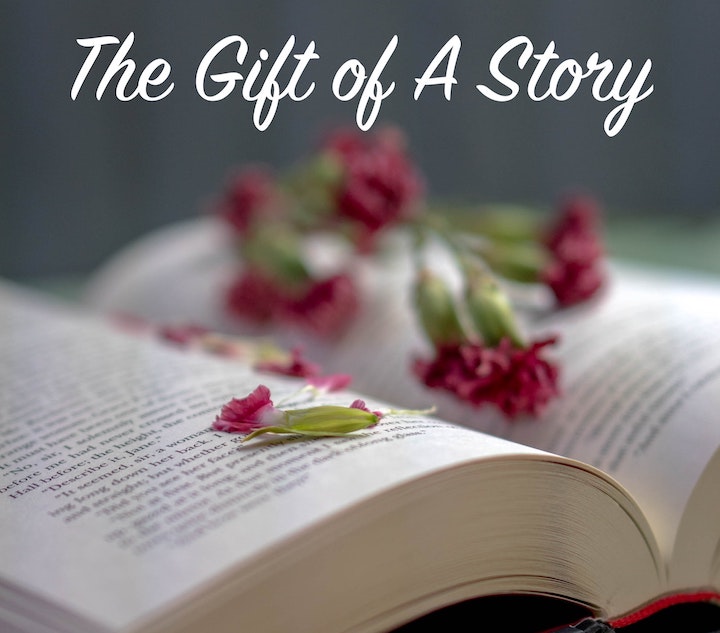 The Creator of the Creative

The phrase, “You are the man” has been a statement of praise. In 1 Samuel, those very words were a punishing kick in the pants to an ancient king. God is the creator of creativity. Throughout the Bible, God used the art of the story to help us understand him and his ways. He uses this powerful medium to encourage, teach, help, and correct those he loves, even today. God used the power of story to give King David the gift of truth, thus an opportunity for forgiveness. As humans, we tend to be blind to our faults. Our former pastor, Terry Whitley, used to say, “We condemn in others what we justify in ourselves.” In this case, God creatively used the power of story to reach behind the crown, robes, and power of kingship to the heart.

Then Nathan said to David, “You are the man! …”

The Power of Story

Poet Robert Burns wrote, “Oh, would some power the gift give us, to see ourselves as others see us.” That “gift” comes so effectively through the means of “story.” From ancient times until now, its been used to teach, instruct, record history, warn and encourage. God filled both the Old and New Testaments with stories for several reasons. While we focus on a story, we are caught up in the colorful world of another person. A gift of this alternative world is the ability to detach from our insecurities, self-deception, and ego. Through this medium, we can learn better to love ourselves and others and receive correction apart from ego limitation. In King David’s case, we can see the power of story to bring a king to his knees.

The Lord sent Nathan to David.

The Story of Boredom and Trouble

God sent Nathan to King David with such a story after King David did one of the evilest and selfish things he ever did. In 1 Chronicles 20, it’s clear that David should have been off to war, but he stayed home, letting his boy Joab do the work. David was up in the middle of the night. (I always told my kids nothing good happens after midnight.) He creates his own story. Instead of scrolling on his phone, he was strolling on his roof, where he spots Bathsheba bathing. Even though he finds that she’s married, he follows through with his lust. He sends for her, sleeps with her, and she gets pregnant. He made Joab do the dirty work and positions her hubby and soldier Uriah to be killed at war, and then David takes her on as a wife.

In the spring, at the time when kings go off to war, David sent Joab out with the king’s men and the whole Israelite army. They destroyed the Ammonites and besieged Rabbah. But David remained in Jerusalem.

…But the thing David had done displeased the Lord.

The Lord sent Nathan to David to tell the king a story. God knew that David had a kind heart but was in serious denial of his sin to be so callous. God sends Nathan with the powerful medium of the story to help David face his sin. Nathan told the story of two men. There was a rich man who had many sheep, and a very poor man with one little lamb who he loved as a child. While planning to entertain a guest, he took the poor man’s little lamb instead of taking one of his own sheep. He slaughtered this poor man’s baby and served it to his dinner guest. As a young man, David had been a shepherd. He loved and protected his own sheep, the story hit home, and King David was incensed at this rich man.

David burned with anger against the man and said to Nathan, “As surely as the Lord lives, the man who did this must die! He must pay for that lamb four times over because he did such a thing and had no pity.”

When We are “The Man”

And that’s when we read those famous, fated words of the prophet, “You are the man!” Nathan drove it home by detailing how he blessed David. He made comparisons of David and Uriah as the rich and poor man. God asked King David why he despised the word of the Lord by doing something so against his commands, so evil. David’s response was an example for us all. He acknowledged his sin and asked for forgiveness. This can all happen within our hearts, but God made an example of David. If you see verse 13, even though the act of repentance and forgiveness here seemed so small, it wasn’t. God sees our hearts, although David’s words were few, God knew the impact. He knows us intimately. We don’t need to show him with a lot of words.

Then David said to Nathan, “I have sinned against the Lord.” Nathan replied, “The Lord has taken away your sin. You are not going to die.

God, I thank you for your power of story. King David was a man after your heart, but he sinned and caused major pain to many families, even his own children, and his kingdom. You used the power of story to sidestep the barriers of pride, ego, and self-protection in his life, and you can in mine. In your grace, you have many ways to get through these barriers creatively, and I ask that you do this in my life. You know my heart and everything in it. Please give me the gift of story to lead me in the way of life. God, I purpose to be open to your word, to stay busy doing your work, and I ask that you give me the gift of a story so my life can become a story of your grace. In Jesus’ name.