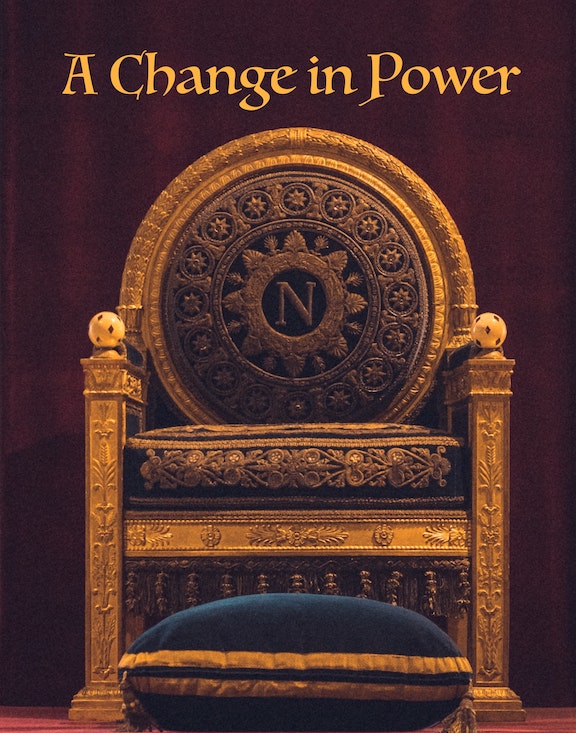 Solomon was a mere teenager when his father, King David, died, making him king, yet he was known as one of the wisest men that ever lived. When there’s a change in power, there’s an opportunity for an enemy to take advantage. Solomon was thrown into a dire position. There were enemies within, and without, he didn’t know who he could trust. He was young, and those who wanted power sought to take advantage of the situation, but Solomon sought God for wisdom. When we are over our heads in a crisis, we can struggle, stress, or submit our weakness to God, exchanging it for strength and wisdom. We can look at Solomon’s first actions to guide us when life is too much for us. If any of us lacks wisdom, we should ask God, who gives generously to all without finding fault, and it will be given to us.

If any of you lacks wisdom, you should ask God, who gives generously to all without finding fault, and it will be given to you.

Though he loved God and established God’s kingdom for Israel, King David was an indulgent father and didn’t set up God’s kingdom within his family. The royal family was the poster child for dysfunction. David’s son Adonijah was an obnoxious bugger. While his father, King David, lay on his deathbed, Adonijah set up a court and declared himself the king. Instead of enjoying his last moments on earth, surrounded by loved ones, King David had to kick his son off the throne and place his son Solomon on the throne instead. It’s probably the last thing he wanted to do. He called his son Solomon close and gave him advice even during his final moments.

That night God appeared to Solomon and said to him, “Ask for whatever you want me to give you.”

King David told Solomon to suck it up and be a man on his death bed, well not in those words. He also advised him on how to deal with his enemies. I was initially upset that David didn’t take wipe out the enemies before he died. Then I realized it was an opportunity for Solomon to use his dad’s advice to make some hard first decisions. Solomon carried out his father’s strategic plans. It established this wisdom-loving, philosophical prince as a formidable ruler and king. Solomon was forced to make big king decisions before the crown had time to put a dent in his hair. He had to enact strong judgment against his many enemies and his family. Both were the same in some cases. His half-brother Adonijah struck again, guilt-tripping Bathsheba, Solomon’s mother, to ask for what seemed like a small favor. It was another attempted grab at the new king’s power. Trying to use Solomon’s love for his mama as his Achilles heel.

“Now, O Lord God, Your promise to my father David is fulfilled, for You have made me king over a people as numerous as the dust of the earth. 10 Give me wisdom and knowledge, so that I may go out and come in [performing my duties] before this people, for [otherwise] who can rule and administer justice to this great people of Yours?”

Everyone waited to see what kind of king Solomon would be. He quickly realized that this king-ing business was a lot tougher than he first thought. God came to him in a dream in 2 Chronicles 1:7. In the goal, God said that he would give him whatever he asked. King Solomon’s first response in 1 Kings 3:6 was thankfulness. He humbly acknowledged the greatness of the task before him as a young man and a new ruler. The second thing he did blessed God. He asked God for wisdom on how to rule the people and established God’s kingdom. The heart of this prayer has been echoed through the ages, and each time pleases God. “Thy kingdom come, thy will be done.” That short sentence comes with a tall order and requires guts and wisdom. God help us have both.

The Lord was pleased that Solomon had asked for this. So God said to him, “Since you have asked for this and not for long life or wealth for yourself, nor have asked for the death of your enemies but for discernment in administering justice,  I will do what you have asked. I will give you a wise and discerning heart, so that there will never have been anyone like you, nor will there ever be.

What Would We Say?

What would we say if God came to us and said, “Ask for whatever you want me to give you.”? Would we ask for millions, for power, fame, for our candidate to win? Or would we ask for wisdom so that we may enact God’s plan? When tensions are so high in the world, can we risk acting without understanding? Many have what can be described as a religious zeal for their opposite views. We must ask the hard questions. Do we want our will or what we think to be His will? Or do we have the guts to ask for wisdom and receive it? Can we echo the prayers of millions before us, “Thy kingdom come, thy will be done.” When we pray this prayer, we get our own change in power from earthly wisdom to Godly wisdom that helps us accomplish his will.

“After this manner, therefore, pray ye: Our Father which art in heaven, Hallowed be thy name. Thy kingdom come, Thy will be done in earth, as it is in heaven.”