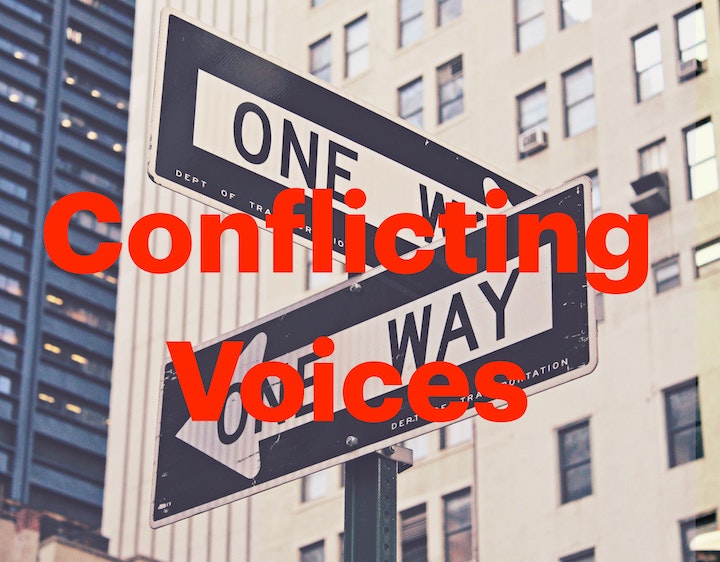 Today we look at two Old Testament kings who say they want the truth, but one proves it. What happens when one was faced with the truth and insisted on believing the lie? Every time we go online, we’re inundated with vicious fights over conflicting opinions. Each side says the other is lying or stupid. Within the insults, the pride, and the manipulations, families are broken, co-workers are put at odds, and friends are separated. The environment is so polarizing that no one wants to consider the other’s point of view but consider the other an enemy. This needs to stop, but how? How can we tell which voices are right? Sometimes, the truth seems as hard to find as a rock in a mud pit. There’s good news; nothing is hidden from God. If we want to know the truth, we only need to ask him for wisdom.

If any of you lacks wisdom [to guide him through a decision or circumstance], he is to ask of [our benevolent] God, who gives to everyone generously and without rebuke or blame, and it will be given to him.

A Tale of Two Kings

Jehoshaphat was a successful king of Judah who allied with Ahab, king of Israel. When Ahab asked Jehoshaphat to join against Aram, the successful king, Jehoshaphat, said they should, “Inquire first for the word of the Lord.” Ahab agreed, but his idea of seeking God was to call 400 of his “yes men” prophets who habitually said what he wanted to hear. We may think 400 is extreme, but if we spend time scrolling only social media accounts that agree with us, I believe that we can easily trump 400 yes men.

The Call of Wisdom

Jehosaphat didn’t even pretend. His response to the 400 “prophets” was, “Is there no longer a prophet of the Lord here whom we can inquire of?” He wasn’t buying it. Ahab said he doesn’t like this one prophet Micaiah because he never says anything good about him. Jehosaphat knew that a king is responsible for his nation’s safety and health and should never deny the truth. We can lie to ourselves, pretending to seek the truth while we surround ourselves with people and ideas that remain unchallenged. We don’t have to worry about missing God and making the wrong decision. God makes it clear in Proverbs 1:20-33 that wisdom wants us even more than we want it. It says she calls to us, that if we seek her, we will find her. The truth never fears a challenge or is angry at a differing opinion. We need to appoint a Micaiah in our lives.

Wisdom shouts in the street. She raises her voice in the markets; She calls out at the head of the noisy streets [where large crowds gather]; At the entrance of the city gates, she speaks her words: “How long, O naive ones [you who are easily misled], will you love being simple-minded and undiscerning?

In verse 12, Ahab’s messenger tried to pressure Micaiah to say what the rest of the 400 were saying. Micaiah was a courageous prophet and stated his commitment was to say only what God tells him. Nothing changed Michaiah’s devotion to God and truth. I don’t think the words depict the amount of pressure he had to go with the flow. But Michaiah was an eagle. He used the force of the prevailing wind of thought to fly higher above the expectations of man, his peers, and his king. Could we be our own Micaiah and question the mass group, with their pressure and ridicule lifting us rather than crushing us? Questions are threatening to those who want to control us, but we must question. The answer might be what we thought, but we won’t know unless we challenge it. If we feel a threat of scorn or pressure not to ask questions, that is a sure sign that we must ask them. Abusive and controlling relationships exist in an oppressive environment. What can hurt by asking? It will strengthen our cause or open us to the truth.

The messenger who had gone to summon Micaiah said to him, “Look, the other prophets without exception are predicting success for the king. Let your word agree with theirs, and speak favorably.” That doesn’t work with someone who doesn’t live in our echo chamber, not wanting to suffer the consequence of going against the voices. Micaiah said, But Micaiah said, “As surely as the Lord lives, I can tell him only what my God says.”

In 2 Chronicles 18:14, we see Michaiah being sarcastic when he told the king, “Attack and be victorious.” King Ahab knew Michaiah wasn’t serious because he challenged it. Sometimes, deep down inside, we know something isn’t right, but we have been so invested we are afraid to get the answer if we ask. Ahab was put off by the sarcasm and was compelled to ask. Michaiah’s statement and sarcasm did one essential thing; it caused the king to press him for the truth. Ahab invested a lot of time, trouble, and money to hide from the truth. Sometimes it’s easy to disregard the truth that’s right before our eyes unless we are made to ask and press for it. Once the king pressed, all ears were open to hearing the answer, and who could blame the prophet? The king pressed him.

When he arrived, the king asked him, “Micaiah, shall we go to war against Ramoth Gilead, or shall I not?” Attack and be victorious,” he answered, “for they will be given into your hand.” The king said to him, “How many times must I make you swear to tell me nothing but the truth in the name of the Lord?”

We need to be determined to receive the facts, no matter how uncomfortable it is because God will let us be deceived if we insist. God allowed and even asked for the lying spirits to deceive the king of his people. Consider how much time, expense, and effort Ahab expended, setting up his echo chamber of over 400 strong. He abandoned anyone who would tell him the truth, like Micaiah. He built his reality on the lies of comfortable deception instead of having the courage to face the hard truth. In Romans 1:28-32, God explains that if we are committed to believing lies, God will eventually give us over to those lies. This is why we must, with all earnestness, with our courage, ask and seek God, not anyone else, to tell us the truth. He won’t keep us from believing the lie that we insist on believing. It’s him that we will one day have to answer.

So Micaiah said, “Therefore, hear the word of the Lord: I saw the Lord sitting on His throne, and all the host (army) of heaven standing on His right and His left. Then the Lord said, ‘Who will entice Ahab king of Israel to go up and fall [defeated] at Ramoth-Gilead?’ And one said this and another said that. Then a spirit came forward and stood before the Lord and said, ‘I will entice him.’ The Lord said to him, ‘By what means?’ He said, ‘I will go out and be a deceptive spirit in the mouth of all his prophets.’ Then the Lord said, ‘You are to entice him and also succeed. Go and do so.’

God, it’s easy in these times to be swept away in the hurricane of conflicting voices. Please show me the vulnerable places where I may have given ground to deception in my life. God, show me the path of life I don’t want to align with lying and deceiving spirits. Lead me in the direction of the truth that I might live, and my children might live. Please give me the courage to face the truth and speak it when I should. Forgive us as a nation, a people, and me personally for believing lies. I look to you, God, and not man for my salvation, my future, and my direction. Thank you for leading me on the path of life and for giving me the courage to talk about it. Thank you for your kindness, mercy, and direction and I pray this for my country and leaders. Amen.

You will show me the path of life; In Your presence is fullness of joy; In Your right hand, there are pleasures forevermore.