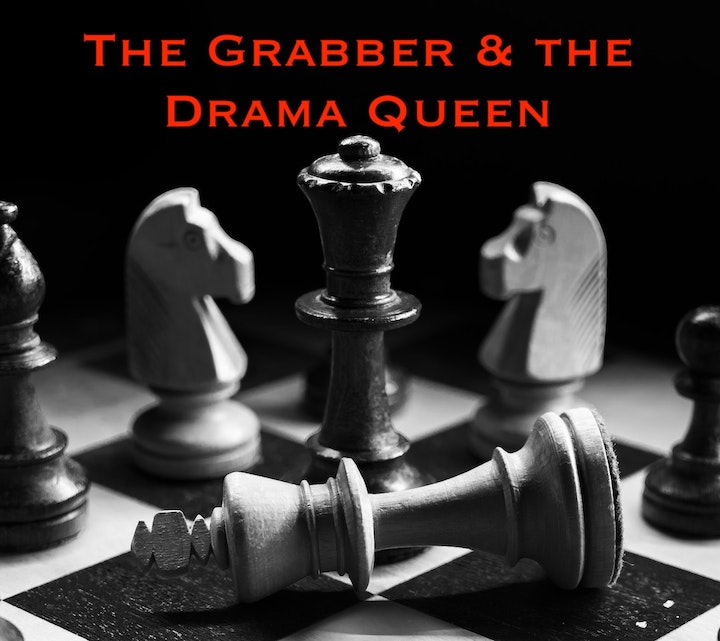 If you’ve never seen the outtake from the comedy “Liar Liar” with Swoosie Kurtz and Jim Carrey, click here. Jim Carrey’s over-the-top, dramatic response to mild issues makes him hilarious. Have you ever overreacted, realizing after that you were almost comical in your response? Overacting or overreacting isn’t so funny in real life can take us down a destructive path. When we want to scream, cry, or lash out is the exact time when we need to do the opposite. We must be calm, back off, assess our priorities, and move forward cautiously. This is challenging but not impossible for passionate people like me. If we follow that wave of emotion, it sets us up to be manipulated by those who can control themselves. We can see this at work in an ancient “overactor” named Esau and his power-hungry, grabby brother, Jacob.

Once when Jacob was cooking some stew,  Esau came in from the open country, famished. He said to Jacob, “Quick, let me have some of that red stew! I’m famished!” (That is why he was also called Edom.[a]) Jacob replied, “First sell me your birthright. “Look, I am about to die,” Esau said. “What good is the birthright to me?”

From royals to rurals, history is filled with men (and women) who’ve killed for the birthright bestowed on the first son. Our boy Esau had this blessing on lock, but he didn’t understand nor appreciate its value, and Jacob was waiting in the wings, poised to seize it. He wasn’t a murderer, but an opportunist manipulating Esau’s dramatic emotions to get his way. When the smell of the food wafted into Esau’s nostrils, it amplified his hunger. Not used to suffering, he freaked out, and the need for food became his all-encompassing. Esau’s dramatic response made him “despise” or made no value his inheritance, which was invaluable. In this panicked state, the importance of everything waned for the importance of a single meal. Jacob saw the opportunity and pounced, successfully swindling a panicked and dramatic Esau’s from the greatest blessing in his life. Our desperation makes us vulnerable.

Then Jacob said, [a]“Swear to me as of this day.” So he swore to him, and sold his birthright to Jacob. And Jacob gave Esau bread and stew of lentils; then he ate and drank, arose, and went his way. Thus Esau despised his birthright.

No one makes plans to be homeless, addicted, or trapped in a toxic relationship. It’s a subtle descent paved with tiny compromises. Would Esau have been so easily able to sell his birthright if he understood its meaning for his future? To protect them, we must see the value of long-term treasures. The “thus” in the scripture below depicts the ease of Esau’s trade as an outward sign of his inward despise. (“To look down on with disrespect or aversion.”) The despise was a temporary fix with a long-term consequence. Esau, in his dramatic state, his birthright, was nothing more than pay for a bowl of bean soup. Gratefulness allows us to meditate on, thus understand the irreplaceable, important things in our lives. When we assign value priorities, we have the ability to make wise decisions instead of dramatic decisions during emotional times. If everything is important, then nothing is.

We will all feel desperate and emotional at one time or another. Jacob and Esau teach us an important lesson. When we take time to properly assess our blessings, placing proper value on that which is irreplaceable and priceless, so we don’t trade them away so easily. I think it’s notable that once Esau ate his bowl of bean soup, he was as calm as a baby with a bottle. It wasn’t heartbreaking until he lived long enough with the consequences of seeing how stupid he was to make that trade, but he couldn’t go back. It’s more important now to determine which birthright is important and will affect our lives and the lives of our descendants? How important is it, and will sacrificing it affect the long term outcome of our future? Food for thought.