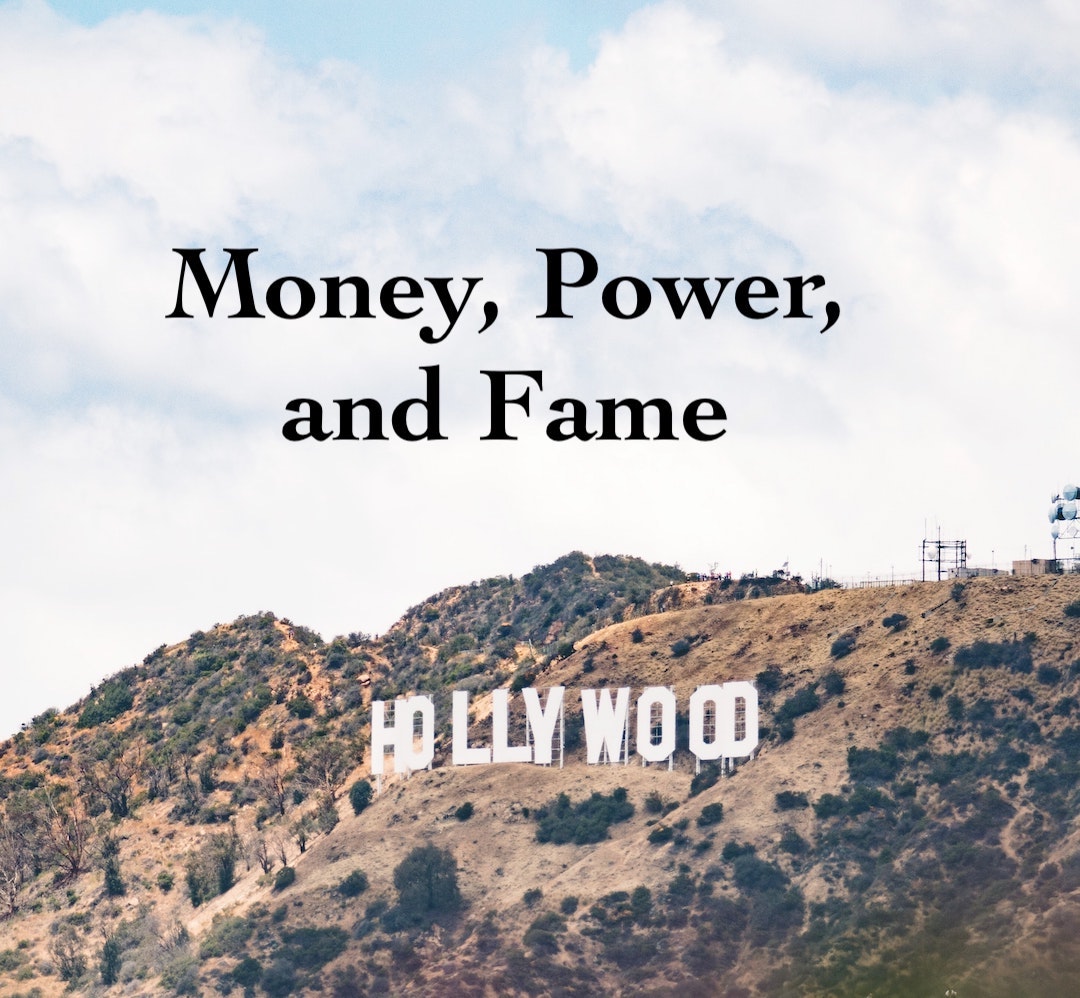 I’ve experienced it before, but never so great then when I was in Hollywood, trying to guide and protect my young daughter. People are wily and manipulative. A strong relationship becomes a target for those who want control. There are many reasons why people want control of a young starlet. Maybe it’s for their 15 seconds of fame, it might be money or power. If you have a strong bond, they will work to divide this bond. It’s an old technique used throughout the ages. You weaken any strength, relationship through division. You may have heard the phrase, “United we stand, divided we fall”, but Jesus made it clear in Matthew 12:25.

Any great division begins in quiet places, where pride, fear, and insecurities reside. Sociopaths, narcissists, manipulators leave a wake of destruction that takes years to repair. They don’t enter as enemies, but as friends, they find a weakness, they wiggle into any opening and simultaneously plant their seeds of deception and also seeds of division and doubt of those who are closest. As they increase in your life, you and everyone in your life decrease. They have to be the center of attention. They simultaneously make themselves invaluable while seeding the doubt of every trusted, loyal person. When they leave they tear to shreds every soft place where they have placed their hooks. They leave a great emptiness where they have filled, ruled, and dominated as they have divided and smashed relationships that would help you heal. Think you can’t be fooled? Anyone can.

The Spirit clearly says that in later times some will abandon the faith and follow deceiving spirits and things taught by demons. Such teachings come through hypocritical liars, whose consciences have been seared as with a hot iron.

We are living in the end times. Jesus gave us many warnings and much wisdom on how to live in these days. He warns against those dividing people. One of the easiest is in Matthew 7:15. It’s a simple test. You check their fruits. Do they blame everyone else for their troubles? It was the ex, the abusive boss or parent, etc. There are abusive exes, parents, and bosses but look at the fruit. Have they forgiven, do they have long-lasting healthy relationships, do they use it as an excuse to be where they are. This is fruit. They may be reeling from a bad experience, but they will have fruit in other areas. How do they treat others who can do nothing for them?

“Beware of false prophets, who come to you in sheep’s clothing but inwardly are ravenous wolves. You will recognize them by their fruits. Are grapes gathered from thornbushes or figs from thistles?

They don’t seem harmful at all, they come as a sheep, not known for its prowess, strength, guile, or fight. We let our defenses down, they aren’t a threat but a blessing. We let the little things go, ignore red flags, because they have made themselves valuable, they meet a need, they make us laugh, feel important, exploit our insecurities but in the gentlest of ways. They sow the seeds of dissent, they put the wedges in the wood and gently tap them in causing indecipherable cracks. By the time they have been found out, they don’t have a united force to fight them. They have a fragmented wounded army licking their wounds only wanting to get out of the situation. They got all they could and before they could be destroyed, they blow the place up.

For false christs and false prophets will arise and perform great signs and wonders, so as to lead astray, if possible, even the elect.

The devil is there to steal, kill, and destroy and he does it through a division of strength. WE need to ask, who is whispering in our ears causing us to mistrust, judge, making us doubt those who have good fruit in our lives. Be aware of those people take steps back, don’t give them what they want, and see how they react. If you are feeling confused and anxious, ask yourself what new entity in my life and keep an eye open. Any effective manipulation has a grain of truth that’s been exploited. Let’s look at the serpent in the garden. God said they could eat of every tree but when the serpent came, he started with an accusing voice, characterizing God as a tyrant. We listen long enough, a lie can sound like truth. When we get there, we are utterly lost, but there is good news.

Now the serpent was more crafty (subtle, skilled in deceit) than any living creature of the field which the Lord God had made. And [a]the serpent (Satan) said to the woman, “Can it really be that God has said, ‘You shall not eat from [b]any tree of the garden’?” 2 And the woman said to the serpent, “We may eat fruit from the trees of the garden,

Jesus came to seek and save the lost. He came for us, he knows that we can be tossed about with our emotions, with conflicting views, our pain, and our issues. Adam and Eve had a perfect life but they were able to be deceived, what hope is there for us? Below are a few scriptures that say it better than I ever could. They are also on the authority of our mighty and merciful God. You are not beyond repair, there is nothing impossible for God when we turn to him.

He who did not spare [even] His own Son, but gave Him up for us all, how will He not also, along with Him, graciously give us all things?

If you need wisdom, ask our generous God, and he will give it to you. He will not rebuke you for asking.

But he said to me, “My grace is sufficient for you, for my power is made perfect in weakness.” Therefore I will boast all the more gladly about my weaknesses, so that Christ’s power may rest on me.

But Jesus looked at them and said, “With man this is impossible, but with God all things are possible.”

Just because you sacrificed and spent a lot of time making a mistake doesn’t mean you are destined to stay there. God loves us and is very willing to help us out of our deceptions, strengthen us in our weakness, and give us joy despite our trials. He is the God that saves.