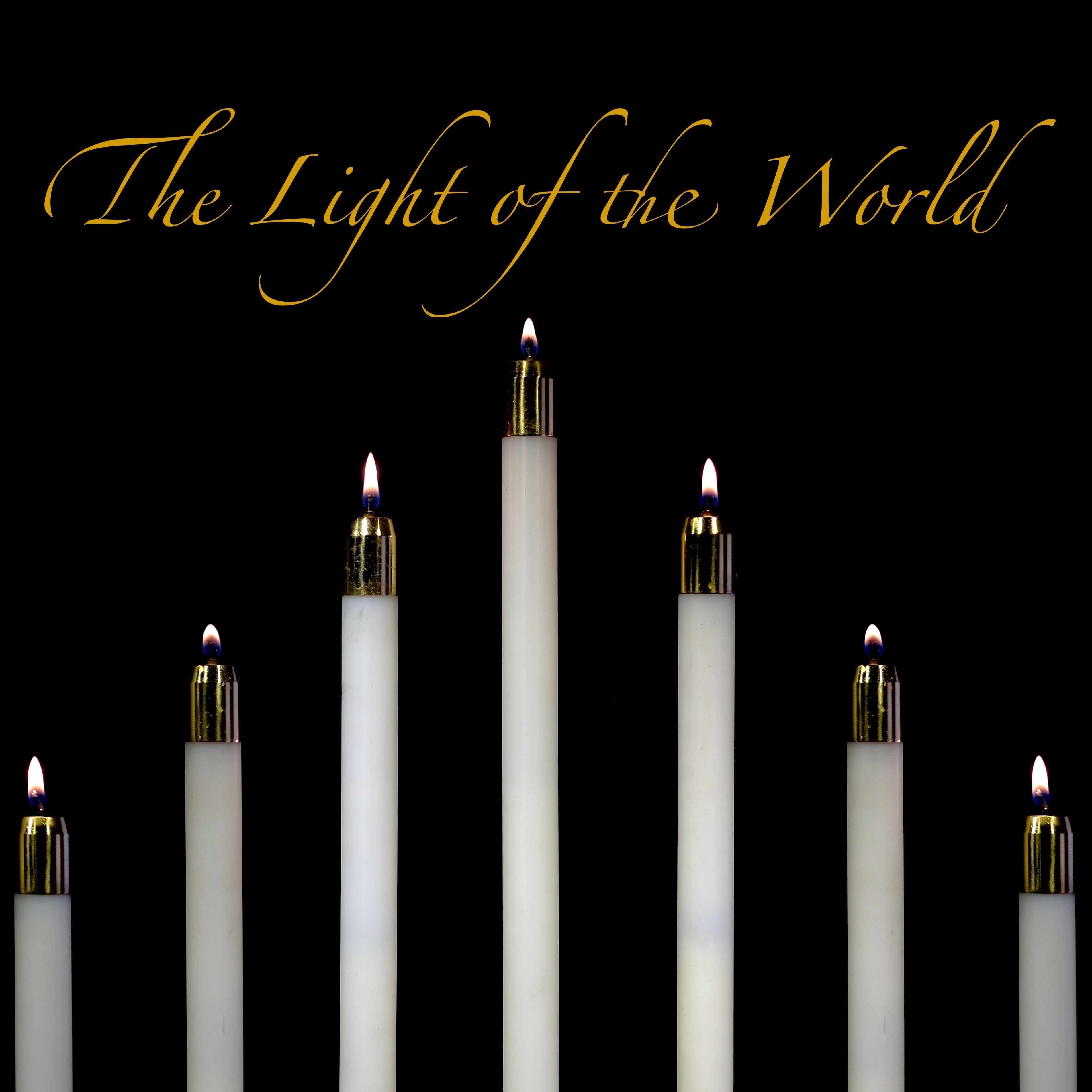 We are in a series on the Temple, and Tabernacle called “God’s House: The Progression of Faith.” Last week we asked if God was a Minimalist. This week we get to look at the first of the mere three pieces of furniture in the room. My favorite metal is gold, and this piece is made of solid gold and intricately fashioned from one piece. It’s the Golden Lampstand; it was a gorgeous work of art with each beautiful detail deeply symbolic. Our triune God, Jesus, his sacrifice, and we as the church are all reflected in this gleaming piece. God required seemingly random but precise details in the lampstand (or menora) from its substance, its design, its contents, and its purpose. There was a reason. Jesus was the light of the world but like the menora, he was so much more.

Again Jesus spoke to them, saying, “I am the light of the world. Whoever follows me will not walk in darkness, but will have the light of life.”

The golden lampstand was the only source of light in the Holy Place. When we meet with our true and living God, he is illuminated by only one light. When we search for answers everywhere else or by another means of enlightenment, we miss him. In the world we live today, companies and influencers spend millions and countless hours trying to get our attention, thus our dollars. We are inundated with images specifically designed to compete with what we are doing and thinking. God’s path is simple but easy to ignore within this distraction-laden world, especially if our hearts are already divided. To enter the precious Holy Place, we must walk away from distractions and allow his light to illuminate our path.

The lampstand had to be expertly crafted, intricately detailed, resembling a tree, but it had to be hammered from only one piece of the purest gold. Gold speaks of kingship or diety, but the purity requirement of the gold highly significant. Pure Gold symbolized a righteous and holy king, not an earthly sinful, indulgent one like Henry the 8th. The two other furnishings in the place were made of wood covered with gold. Only the light came from a solid piece. Gold stood for kingship, pure gold stood for purity, but the lampstand is a type of what Jesus does for us, but also what we do in the world.

This lampstand was made in the shape of a tree, designed with three sections, the base, the shaft, and the branches. Three parts from one piece of gold. Sound familiar? The base (David’s Father or the father), the shaft, then a Shoot (the Messiah) will spring from the stock of Jesse [David’s father], and a branch from his roots topped with “fruit.” of the spirit. What held the olive oil?  The tops of each shaft or branch were crafted to look like an almond flower in bloom. The almond tree was always the first to blossom and bear “fruit” in the spring. Jesus was called the “firstfruits” in 1 Corinthians 15 because he was the first to rise from the dead and bring others through him. There was something very special about the contents of the lamp.

“And the word of the Lord came to me, saying, “Jeremiah, what do you see?” And I said, “I see an almond[a] branch.” 12 Then the Lord said to me, “You have seen well, for I am watching over my word to perform it.”

This lampstand didn’t hold candles. It held olive oil, but not just any oil. Not only did it have to be pure, but this oil had to come from olives that were beaten. The same had to happen to Jesus, but this sacrifice fueled the lamp to light God’s holy place. The job of the priests was to trim the wicks and keep the oil filled in the lamps so that the light wouldn’t go out. The olive tree stood for Israel, God’s chosen people. Jesus came from the family tree of Israel, from the branch of David through Jesse. He had to be beaten and poured out as an offering to become the light of the world.

24 The Lord spoke to Moses, saying, 2 “Command the people of Israel to bring you pure oil from beaten olives for the lamp, that a light may be kept burning regularly.

Yet it was the Lord’s will to crush him and cause him to suffer, and though the Lord makes[a] his life an offering for sin, he will see his offspring and prolong his days, and the will of the Lord will prosper in his hand. After he has suffered, he will see the light of life[b] and be satisfied[c]; by his knowledge[d] my righteous servant will justify many, and he will bear their iniquities.

God showed John a vision that’s noted in the book of Revelations. He describes seven lampstands (Menorah’s) and tells him in verse 20 that the lampstands are the seven churches he describes later in the book. The lampstands symbolize the churches today with their positives and their shortcomings which God details in Revelations. The bottom line is that we can do many things, but without the oil and fire based on his sacrifice, we will be found lacking. If we aren’t filled with the oil of Jesus and burning, our work is without power; our light isn’t sufficient. Jesus is the light of the world. He brought us light to illuminate the place of Gode through a pure, undivided lampstand with three parts.  Just as the lampstand houses the oil, the Godhead housed Jesus, who was sent to the earth, beaten and crushed for us to shed light on God.

To conclude, the lampstand served as a symbol of the Godhead three in one, of Jesus and his sacrifice, God’s people, and the purpose of the church. Its main practical purpose is to shine the light on God so that others will see him and believe. That contained the table of shewbread and the altar of incense. The table of Shewbread is also deeply symbolic too. Now that our temple is lit, we can go on to a communion with our God.

“You are the light of the world. A city set on a hill cannot be hidden. 15 Nor do people light a lamp and put it under a basket, but on a stand, and it gives light to all in the house. 16 In the same way, let your light shine before others, so that[a] they may see your good works and give glory to your Father who is in heaven.