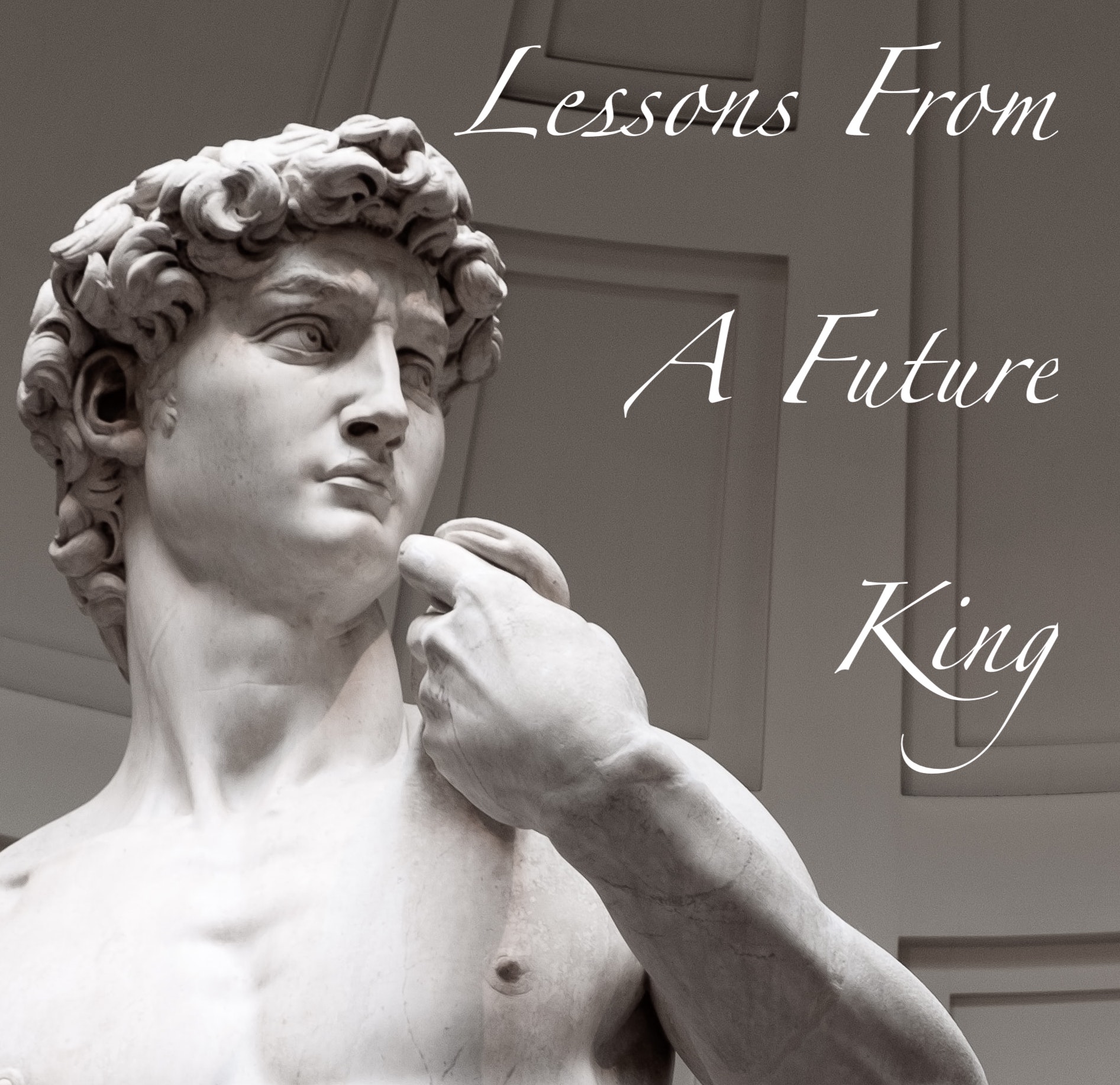 King David’s life was a facinating journey from a shepherd boy to one of the most powerful rulers of Israel. He spent a lot of time running and hiding. He escaped attacks from his enemies, was hunted down by his king and father-in-law, and even David’s own son tried to kill him and take his throne. David also suffered a lot from the consequences of his actions and decisions. David is one of my favorite people in the Bible because God allows us to see David’s glory and significant flaws. It’s like those no makeup days on Instagram where are people supposedly show everyone how they look without makeup or filters so we can feel better about ourselves. We see ourselves in the Bible’s intimate accounts of King David. God is bigger than our flaws and gracious enough to lead us through the messes even when we cause them.

So David said to Ahimelech the priest, “The king has ordered me on some business, and said to me, ‘Do not let anyone know anything about the business on which I send you, or what I have commanded you.

Jealous King Saul began a four-year hunt for David. Saul was powerful with many resources and allies. As a hunted refugee, David couldn’t ask for or get help within the safety of his own country or its allies. I’ve been there. When the powers that be deem you as an enemy, (or outcast) one wants to help. They don’t want to risk their status or safety. David finally found a priest named Ahimelech that he deceived with the ole’, “Shh, I’m on a secret mission” ruse. Ahimelech believed David and gave him food, shelter, and something exceptional. It was the sword that David used to behead Goliath. David’s story raised some suspicions for Ahimelech but he never imagined that Saul would be hunting David. Our future king also used his charm and cunning, got his supplies, and lighted out of there. Saul eventually put Ahimelech to death for helping David.

King Saul was out for blood, and David’s name topped the list for the tip of his sword. David felt he had nowhere to go and made a fear-driven, radical decision. He decided to find refuge in Gath, the hometown of Goliath. It’s the absolute last place King Saul would look for David because it’s ludicrous for David to even go near that place. David was notorious in the land of Gath for killing their hometown hero, Goliath. We don’t have to look hard to find current examples of this panicked decision-making, from teenage runaways to leaving an abusive relationship to another because the next person seems the way out. Sometimes in our desperation for refuge; we don’t see we are walking into a trap. We can never make smart decisions while panicked with fear. Although he was a future king, David wasn’t immune.

Now David took these words [d]to heart, and was very much afraid of Achish the king of Gath.  So he changed his behavior before them, pretended [e]madness in their hands, [f]scratched on the doors of the gate, and let his saliva fall down on his beard.

David’s fear of Saul had him running straight to the throne of his enemy. He had to resort to some very unkingly (and hilarious) behavior to get out of his mess. On his way to see Gath’s King Achish, the danger he was in became clear. What did he do? David used the insanity defense by pretending to be mad. He began acting crazy, by vandalizing the gate on the way in, talking gibberish, and my favorite part; letting his saliva run down his beard. Apparently, it was an Oscar-worthy performance because King Achish thought he was legitimately insane. The King yelled at the servants for wasting his precious royal time by bringing him a madman. Crazy or not, the town of Gath would have loved to have David’s head. God, however, got him out of there and continued to lead him. David had to humiliate himself and could have been killed, but God graciously helped him.

Lessons From a Future King

We find encouragement and wisdom from reading about David’s experiences here in 1 Samuel 21. Even a future king, can’t make good decisions when panicked or fearful. Through David, we first learn that sometimes, people need to leave a situation to save their lives, but if they are only focused on the danger and not where they are going, they can end up in a worse situation. Secondly, even if we get ourselves in trouble or suffer the consequences of our actions, God can still help, lead, protect and guide us. Although our lives are entirely different from an ancient royal, our issues can be the same. As David’s son Solomon said, “There’s nothing new under the sun.” We can make mistakes because of our fear, and even though we may suffer some consequences, God can ultimately lead and protect us as we trust in him.

Whenever I am afraid, I will trust in You. In God (I will praise His word), In God I have put my trust; I will not fear. What can flesh do to me?

Psalm 56:3-4 (To the Chief Musician. Set to [a]“The Silent Dove in Distant Lands.” A Michtam of David when the Philistines captured him in Gath.)